SENIOR COMMITTEE VOTED IN FOR SEASON 2020/21

Thanks to everyone that tuned in for an historic 75th Annual General Meeting of the Riverside Cricket Club on Wednesday night via Zoom – confirmed to be the first held over the internet rather than in person!

The senior committee for season 2020/21 was voted in and is as follows:

Congratulations to Shane Doyle who steps into the President’s chair. Well done also to John Miles who has taken over as Junior Vice President. Martyn Anderson goes into his 23rd year as treasurer with David Hyland into his 35th year on the committee (our records from that long ago were written with a quill). Well done to you all.

Thank you to our committee who put in a lot of hard work to keep our club moving forward. Everyone involved puts in a tremendous amount of effort which often goes unnoticed.

Thanks to Steve Gleeson for again organising the Annual Reports as he does every year. It is no small task assembling reports from right across the club, but Steve does a fantastic job each year.

We are looking forward to a big 2020/21 season and look forward to everyone’s ongoing support of our club, especially in these uncertain times.

SPORTFIRST ELTHAM IS FIRST FOR CRICKET

Our friends at SPORTFIRST have a great range of cricket gear available for those looking to update their kit for the upcoming season. Get down to 20 Arthur Street, Eltham to view the range.

Top of the range Bats and Gear can be ordered in to suit the specific requirements of the player. 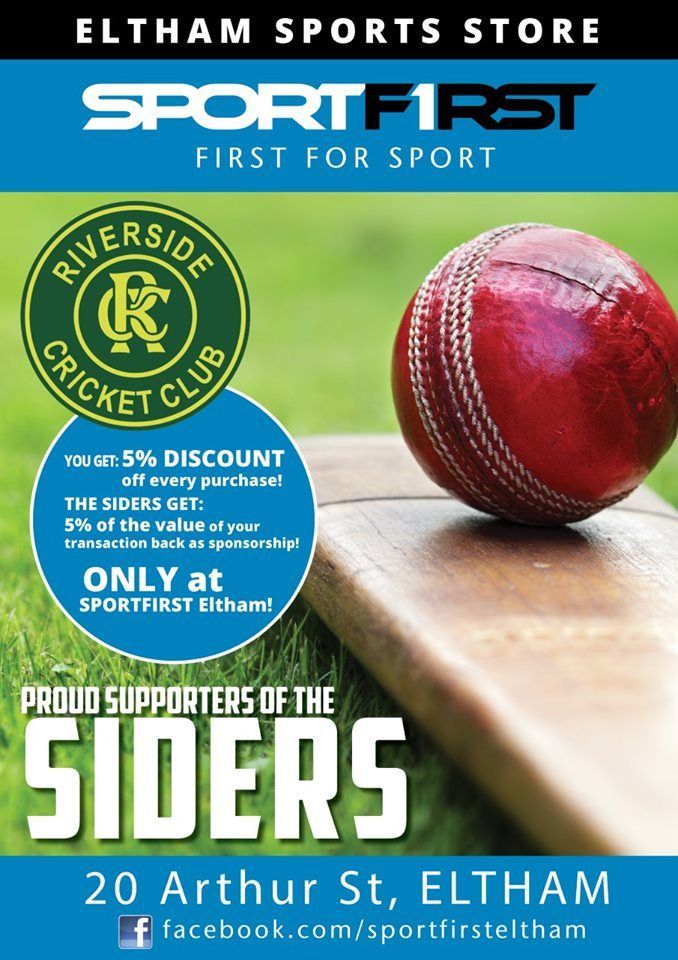